The needs of other species are more complex. Certainly in captivity they thrive when offered a diet which contains a relatively high proportion of vegetables and fruit. END_OF_DOCUMENT_TOKEN_TO_BE_REPLACED 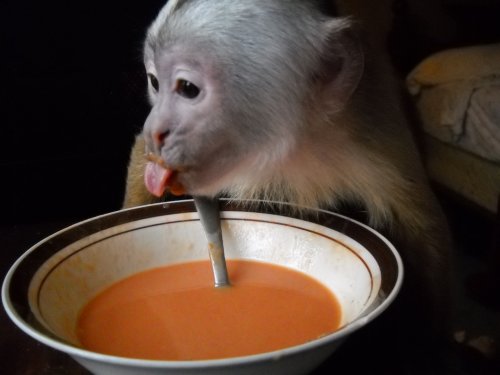 it’s Motherday today so mission number one today is to make sure Pami, my wife, has all the peace she deserves.  Benji is therefore going to spent the entire day with his monkey dad.  Right now he’s up in our bedroom together with me, jumping from my shoulders to the bed and the dresser.  He’s leaping 7 feet with ease with these jumps and does it at a speed most people without monkeys would not be able to comprehend.

Remember how Benji used to have nose bleeds?  That stopped a few months ago.  We used humidifiers for a while but that didn’t really seem to make that much of a difference.  I guess the nosebleeds just slowly went away.

END_OF_DOCUMENT_TOKEN_TO_BE_REPLACED 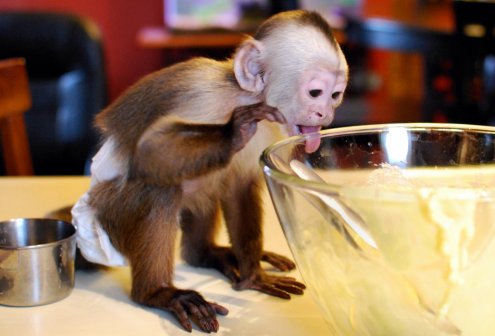 It is Thanksgiving and Benji just fell asleep in my lap.  Benji has definitely become way more active around the house in comparison to a month ago.  He’s still very clingy when I first come home from work but during the day when he’s spending time with my wife or when we’re watching TV together later on in the evening, Benji always loves to run around the house.    Yes, he basically gets into everything so we constantly have to keep an eye on him.  One of his favorite games is to kick everything off the living room table.  Once everything is on the ground, he seems happy.  I wonder if that is a habit that we’ll be able to break.

END_OF_DOCUMENT_TOKEN_TO_BE_REPLACED

Until today Benji would always stay within 2 feet of me or my wife.  For the first time ever Benji decided it was time to start checking out the rest of our bedroom.  My computer is up in our bedroom so every night and weekend Benji and I spent most of our time together there.  In most cases he just spends his time on my lap and jump back and forward from my lap to the chair next to me where he has a little basket with toys in it.  Today Benji actually jump on the floor several times to check out the rest of his surroundings.  He’s still trying to play with the cats but in most cases the cats just leave after a while or give him a slap on the wrist.  They’re pretty gentle about it but at that time Benji knows it’s time to leave them alone.

END_OF_DOCUMENT_TOKEN_TO_BE_REPLACED

Life of Benji – One week at home 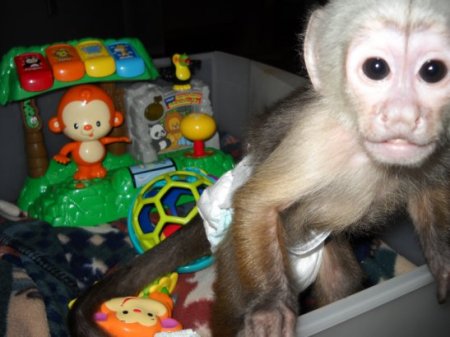 We’ve had Benji for several days now.  The first few days he would just lie in my arms and cuddle but now he’s definitely started to become much more active.  While he is still very attached to me and my wife, he isn’t as scared to jump from my chair to the couch and back.  He won’t do it often yet but … he is started to explore a bit more.