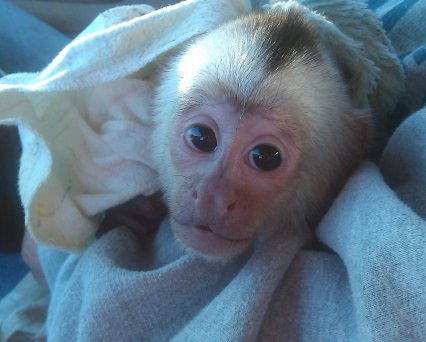 We’re ready to go to the exotic animal auction.  For the last few weeks I’ve been working really hard building on indoor enclosure in our house.  My wife was nice enough to give up her office space which allowed me to build a rather large monkey room in our house.  For once I really wanted to be prepared.  The indoor enclosure was huge for the pair of marmosets we were about to buy.

It took us 3 ½ hours to get to the exotic animal auction.  I’m not all that crazy about these auctions but the fact remains that you can really purchase exotic animals at a much lower price.  I haven’t been this nervous in a long time because purchasing a primate is a big deal.  Next up are the marmosets.  For once they have a rather large collection of marmosets for sale.  Suddenly doubt sets in.

I kinda forgot how small they really were.   I had marmosets before but for some reason they looked smaller then I remembered them.  What about our raccoon?  They seemed like a quick lunch for him.  At the last minute we decide not to bid on marmosets but to go for a capuchin since they’re definitely much sturdier.  Louie, our marmoset, died a few months ago from an incurable disease and my wife is telling me she can’t go through that again.  Since the beginning of the auction I noticed a couple sitting on the bottom row with 2 capuchins and 2 vervets.  Three of them looked super hyper, and one of them was cuddled up in the arms of the guy holding 2 of them.  An hour later the bidding began and we won the bid of the little cuddly guy.  After some brief contact with the breeder, we found out that his name was Benji, a 3 month old White Faced Cinnamon Capuchin.  The owner was not sure of his birthday so we decided to make May 22 his birthday.

Besides the fact that I nearly hit a few cars since I wasn’t paying attention, the drive back went really smoothly.  We stopped along the way to quickly snap a picture so I could share our newest addition on FaceBook as promised to my friends at work.  Benji cuddled up in my wife’s arms while making some strange gentle howling noises and this until we arrived at our house 4 hours later.  You could tell he was a bit uneasy.  We quickly stopped at the store to get some diapers, wipes, and baby milk.  Once home we gave him a bottle and changed his diaper for the first time.  How do people change diaper of a monkey?  Wow, this most certainly wasn’t an easy job.  I prepared a sleeping cage for him so he could sleep next to me in our bedroom.  I considered letting him sleep in our bed but I was worried I would somehow crush him.